Movement – even simple movement – is a result of complex coordination between the brain and muscles by means of signals transmitted through nerves in the spinal cord. A movement disorder is a neurological condition that interferes with this intricate process, to the point it affects the speed, flow or ease of movement. A person with a movement disorder may exhibit movement that is excessive, involuntary, slowed or completely absent.

Some of the more common movement disorders include:

Signs of a movement disorder vary and can include tremors, stiffness, trouble sleeping, and changes in voice and sense of smell. Treatment and outcomes also vary, with some disorders responding to medicine, and others improving when an underlying cause is found and treated. Sometimes there is no cure for the disorder. In those instances, the objective is to minimize symptoms and reduce pain.

Parkinson's is a disease of the central nervous system. It is progressive, which means that symptoms get worse over time. The cause of Parkinson's disease is unknown. Parkinson's gradually causes certain nerve cells in the brain to break down and die. The loss of nerve cells that produce a chemical messenger called dopamine causes many of the symptoms.

Tell your doctor how your symptoms are changing, so that you can make changes in your treatment at the right time.

Your doctor will determine what treatment options are right for your individual situation. These may include medications, surgical treatments, exercise, stretches, and balance work.

Medications
Types of medications include:

Surgical Options
Although older types of surgery are still performed in some cases (such as pallidotomy and thalamotomy), the primary surgical option used currently is deep brain stimulation (DBS). 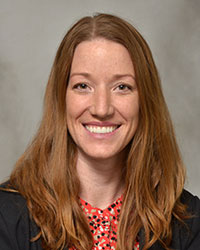